CE Year in Review – Highlights from the Field

A 2016 book from Stylus Publishers entitled Publicly Engaged Scholars: Next Generation Engagement and the Future of Higher Education has a couple of great chapters (2 & 3) on the history of CE in higher ed., focusing on a number of milestone moments and meetings in the field as well some of the continuing challenges. 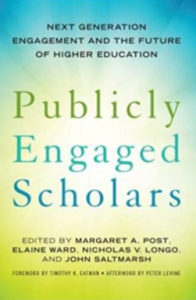 The authors cite Ernest L. Boyer’s call to reclaim the ‘civic mandate’ of higher education in 1990 as among many milestone moments. Boyer wrote a thin book that ended up being a major contribution to the field. In Scholarship Reconsidered, Boyer articulated a number of path setting directions in the field, among them the idea of a multi way flow of knowledge between scholars, community partners, and students:

Boyer’s book is worth reading for anyone interested in rethinking the boundaries between the traditional categories of service, teaching, and research in higher education. 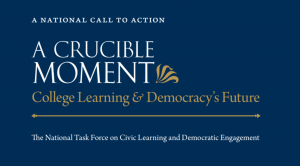 In their national call to action report entitled “A Crucible Moment: College Learning & Democracy’s Future,” the authors cited David Mathews of the Kettering Foundation in warning that the United States was on the bring of becoming “a citizenless democracy.” The warning echoed a 1998 report from the National Commission on Civic Renewal, which suggested that “in a time that cries out for civic action, we are in danger of becoming a nation of spectators.” The report boldly called “for investing on a massive scale in higher education’s capacity to renew this nation’s social, intellectual, and civic capital,” arguing that “as a democracy, the United States depends on a knowledgeable, public-spirited, and engaged population. Education plays a fundamental role in building civic vitality, and in the twenty-first century, higher education has a distinctive role to play in the renewal of US democracy.”

Two national organizations have played important roles in advancing this civic purpose of higher education on campuses across the nation. In their own words, “Campus Compact is a national coalition of 1,000+ colleges and universities committed to the public purposes of higher education. We build democracy through civic education and community development.” Founded in 1985 by a coalition of college and university presidents, Campus Compact has 25 regional offices across the nation to support faculty, staff, students and administrators in fulfilling the public purpose of higher education. 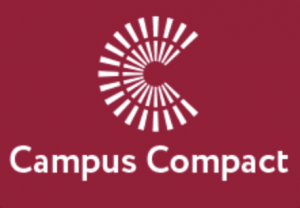 Founded in 1989, the Bonner Foundation, based in Princeton, New Jersey, works through “sustained partnerships with colleges and congregations…to improve the lives of individuals and communities by helping meet the basic needs of nutrition and educational opportunity.” 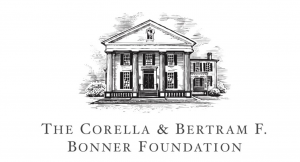 The Bonner Model of student development through civic engagement has become a popular and effective program on campuses across the nation.  With more than 70 campuses in their network, the Bonner program offers a four year developmental experience for students committed to growing their community leadership to work towards justice. Their website provides extensive resources for students, faculty, staff and administrators, and their national meetings have become prime spaces for the growth and development of students and professionals in the field of civic engagement in higher education.

This is just a sampling of the many exciting frontiers in the field of CE in higher education – stay tuned for future posts about horizons in the field!